“It is increasingly difficult to find ‘grassland’ birds, such as meadowlarks, within metro areas. Empty fields are typically seen as opportunities for more urban development. But, I discovered a particular area adjacent to I-35W north of Minneapolis/St. Paul that surprisingly hosted several Eastern meadowlarks: their flute-like calls mixing with the noise of busy freeway traffic. As I sat on the trail in the hot sun I noticed more than one bird come out of the grass and walk right across the bike trails, proudly holding its head high as many birds in the blackbird family do.” 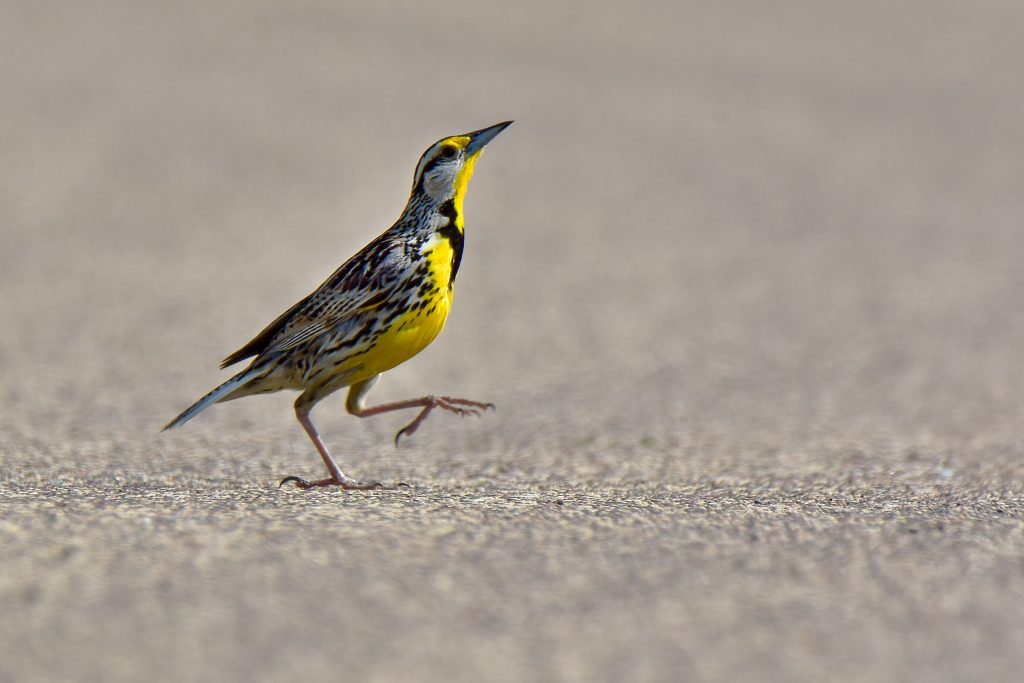 According to the Cornell Lab: “Eastern Meadowlarks will breed in many kinds of grassy areas as long as they can find about 6 acres in which to establish a territory…. According to “The State of the Birds 2011” report, more than 95 percent of the Eastern Meadowlark’s distribution is on private lands, meaning farmland conservation practices are vital to the survival of this species.”