You love your pooch but its waste is an environmental pollutant—so much so that the EPA has put it in the same category as herbicides and insecticides; oil, grease and toxic chemicals. Always bag it up and throw it in the trash (or flush it down the toilet if you have petit pooch poo and aren’t on a septic system). Pet waste is full of microorganisms that are both pathogenic to humans and resistant to several classes of antibiotics.It is also a serious water pollutant. A recent study by the University of Minnesota indicates that, “…households are the main sources of nutrient pollutants in the Twin Cities urban watershed. Pet waste is the leading source of phosphorus to these watersheds.” Simply said, doggie doo is polluting our water and it’s seriously unsafe to leave it laying around. 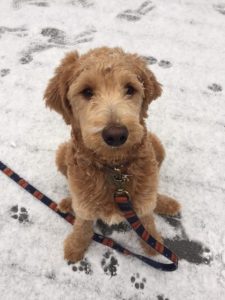 “Households are the main sources of nutrient pollutants in the Twin Cities urban watershed. Pet waste is the leading source of phosphorus to these watersheds.”

Unfortunately, many of us are lazy when it comes to picking up poo. According to LiveScience, “Only about 60 percent of dog owners pick up after their pets, according to surveys. Among the excuses offered by the 40 percent who don’t pick up: ‘Because eventually it goes away;’ ‘too much work;’ ‘small dog, small waste;’ ‘it’s in the woods;’ or, in a reverse NIMBY: ‘It’s in my yard.’ Dog feces can include giardia, salmonella, Leptospira, E. coli, Parvo virus, and roundworms (the CDC shows 14% of Americans are infected with roundworms).” So, Dog Doogity doo your duty: bag it or flush it.