“You are capable of more than you know.”

As the cards are pulled one-by-one from Earth’s deteriorating ecosystem, the impending horrifying collapse of life as we know it can feel paralyzing. Feelings of helplessness, sadness, and despair for the precariousness of the future are quite normal. Healthy, in fact. As they reflect a full-on understanding of the reality of the consequences of our collective human actions (and inaction), and an inability to sweep the truth under the rug. But, here’s the thing. We don’t know the future. And from the fork in the road from which we all collectively stand in this moment, many paths potentially taken lead to many different outcomes. 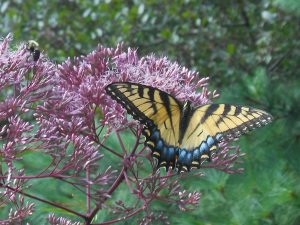 A recent article in the Guardian, Ten ways to confront the climate crisis without losing hope, by Rebecca Solnit, organized the myriad thoughts floating around my head regarding the futility of unrelenting despair and the sustaining power of the collective.

“As citizens of the Earth, we have a responsibility to participate. As citizens massed together, we have the power to affect change, and it is only on that scale that enough change can happen. Individual choices can slowly scale up, or sometimes be catalysts, but we’ve run out of time for the slow. It is not the things we refrain from doing, but those things we do passionately, and together, that will count the most. And personal change is not separate from collective change: in a municipality powered by clean energy, for instance, everyone is a clean-energy consumer.

If you live on a diet of mainstream news – which focuses on celebrities and elected politicians, and reserves the term “powerful” for high-profile and wealthy individuals – you will be told in a thousand ways that you have no role in the fate of the Earth, beyond your consumer choices.

Movements, campaigns, organisations, alliances and networks are how ordinary people become powerful….But these places are also where you meet dreamers, idealists, altruists – people who believe in living by principle. You meet people who are hopeful, or even more than hopeful: great movements often begin with people fighting for things that seem all but impossible at the outset…Values and emotions are contagious, and that applies whether you’re hanging out with the Zapatistas or the Kardashians. I would argue it is also these collectives that provide results as well as an elevated sense of well-being on the personal level.”

I’m a firm believer in the cumulative impact of individual actions. Aka, The Butterfly Effect. It’s this belief that led me to create the non-profit Neighborhood Greening in 2017. Cumulative actions can cause incredible harm. Or they can be a force for impactful outcomes.  Next to the pie chart of the inputs that are causing our climate to change is another pie chart of solutions. And in those solution pieces of the pie lie community members “doing things.” 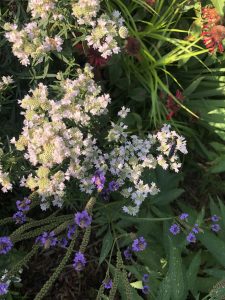 The non-profit organization Wild Ones is a good example of a collective of ordinary people doing things. Founded in 1977, its mission of creating biodiversity in one’s own yard and community through the informed planting of native plant communities is just now gaining momentum. The sustainable landscape movement instigated by Wild Ones (founded by anti DDT activist Lori Otto) has taken 45 years to become an overnight sensation. I believe it is now one of the most important and relevant environmental non-profits in the country. Although woefully underfunded (it is fueled almost entirely by volunteers), it is gently and methodically building the movement that is inspiring people to abandon the traditional paradigm of sterile manicured lawn and non-native vegetation that has caused so much environmental harm.

Our American lawns and gardens are a collective of chemical- and water-intense environments devoid of authentically suitable habitat and nutrition for birds, native bees, insects, butterflies, and other wildlife. According to Douglas Tallamy, Ph.D., author of the seminal book on the importance of regionally native vegetation in our landscapes Bringing Nature Home, if half of privately owned lawns were converted to native landscapes, the U.S. would gain 20 million additional acres of biodiversity and ecosystem function. He is behind a movement to do just that. According to the website that is tracking lawn conversions, Homegrown National Park, this is the “largest cooperative conservation project ever conceived or attempted.” Not coincidentally, Tallamy is a Lifetime Honorary Director of Wild Ones.

With its 60 chapters throughout the U.S., once someone begins researching how to learn more about creating ecologically functional landscapes, the trail usually leads to a Wild Ones chapter. And what one usually finds is a collective of  “native plant people” who exuberantly share knowledge, seeds, time, and ideas. With its mission of healing the earth one yard at a time,  “yard” is a relative term. It could be one’s own yard, if fortunate to have one. Or, a schoolyard, place of worship yard, boulevard yard, apartment complex yard, library yard, city hall yard. I think it is safe bet to say that most Wild Ones members make mental note of spaces to claim and transform in their communities. 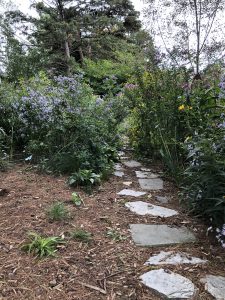 Listening to a recent Wild Ones online Zoom talk by native plant landscape starchitect Larry Weaner, I couldn’t help but notice that the sibebar chat was a flurry of comments, questions, suggestions, and miscellaneous banter. One person complained that the fire hose blast of comments was a distraction and to please stop. Someone quickly responded, “It’s Wild Ones. This is what we do.” And the chat blazed on.

*”The world needs all you can give….You are capable of more than you know.”
– E.O. Wilson, venerated scientist, biologist,
researcher and founder of the Half Earth Project